Skip to content
A Small A Medium A Large
By Martin Patriquin Nov 12, 2019

Quebec’s public pension fund manager is looking for a new CEO. Sabia announced he will leave the Caisse in February to lead the University of Toronto’s Munk School of Global Affairs and Public Policy. (The Canadian Press)

Talking point: Appointed in 2009, the Ontario native was at first seen as an odd fit to lead the Caisse, long a bastion of Quebec’s economic nationalism. Yet during his tenure—the longest of any Caisse CEO—Sabia brought relative calm to an institution that had been known for ego clashes and palace intrigue. He oversaw a near-tripling of the Caisse’s assets over 10 years to $326.7 billion, with a return of 9.9 per cent. He also expanded the fund’s investing footprint, with foreign investment increasing from $18 billion to $40 billion over four years. Element AI CEO expected to leave as company closes in on US$100 million in new funding: Sources The Digital Inclusion Lab, part of Global Affairs Canada, said foreign actors could try to encourage separatism, citing an unsuccessful attempt involving Saudi Arabian social media accounts supportive of the Quebec independence movement. The agency said Canada should watch for activities like the alleged Russian and Venezuelan spreading of disinformation during Catalonia’s referendum on separating from Spain in 2017. The reports also stated that artificial intelligence (AI) could be used to spread “highly personalized propaganda” to citizens. (National Post)

Talking point: The lab said governments may need to respond to AI-driven political messaging by “reasserting the existence of facts, expertise, and [the] common view of reality upon which democracy rests.” Ottawa has so far focused on educating the public about how disinformation spreads and how to spot it. In January, The Logic reported that the federal government will spend $7 million on awareness campaigns and digital-literacy programs before the scheduled October election. A panel of senior bureaucrats will also inform the public if they decide there’s been a significant attempt at election interference. The government hasn’t set up a system to identify or debunk fake news stories, after internal reports said its intervention could backfire. The Conservative and NDP health critics are slamming the federal government for agreeing to provisions in the United States-Mexico-Canada Agreement (USMCA) that could cost hundreds of millions of dollars.

What’s changed: The government agreed to extend the patent exclusivity term for biologic drugs from eight years to 10 in the deal. They also agreed to broaden the definition of biologics and extend market exclusivity for delays in the patent application process. Taken together, these changes would delay cheaper generic drugs from entering the market.

What’s happened so far: On Monday, The Logic reported that the federal government expects concessions it made in its new trade agreement with the United States to make drugs harder to access and more expensive, according to an internal Health Canada memo. But it has not agreed to requests made by provincial governments in Quebec, Alberta and New Brunswick to cover those costs.

What it will cost: $169 million by 2029, and more each year after that, according to an April report from the Parliamentary Budget Officer.

What the Conservatives said: Marilyn Gladu, MP for Sarnia–Lambton and shadow health minister, noted that the government was talking about instituting pharmacare while simultaneously signing an agreement that made drugs more expensive. “It’s a failure of the federal government to negotiate a deal that’s going to cause these increased cost to the provinces, without coming with a plan of how to pay for it,” she said.

What the NDP said: Don Davies, MP for Vancouver Kingsway and NDP health critic, pointed out that the ministerial marching orders for both former health minister Jane Philpott and incumbent Ginette Petitpas Taylor included lowering drug costs. “Behind closed doors, at a trade table, they are knowingly and with eyes wide open signing provisions that will increase the cost of prescribed medication for Canadians,” he said.

What the NDP want done: The Health Canada memo said changes to the Patent Act could limit the length of patent extensions, reducing the cost increases. Davies called for Innovation Minister Navdeep Bains to “take whatever measures he could take that would neutralize or ameliorate some of these awful concessions they’ve given at the bargaining table.”

What the government said: “The government is committed to taking action to reduce the cost of drugs for Canadians, and is working with provinces and territories in this regard,” John Babcock, a spokesperson for Global Affairs Canada, told The Logic. “We will, of course, continue to work through with the provinces on many issues, but there’s no need for us to be working through with the provinces on USMCA,” Finance Minister Bill Morneau told reporters on Monday. “It’s helpful for industry, it’s positive for investment and we’re looking forward to moving forward.” 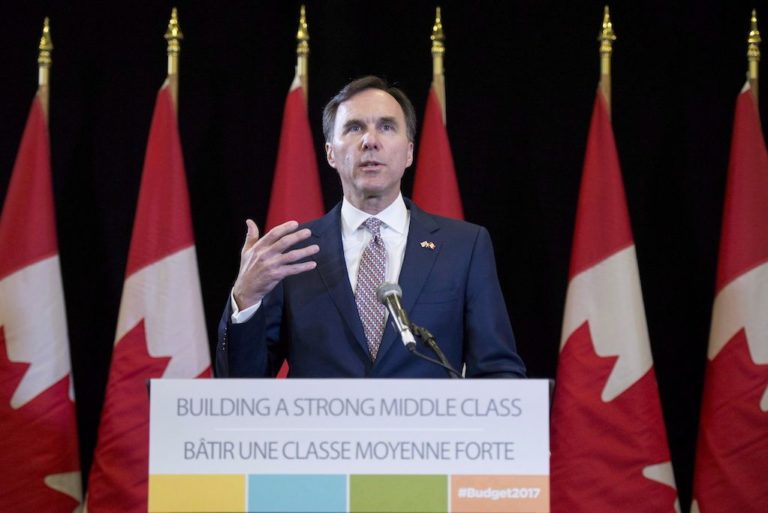