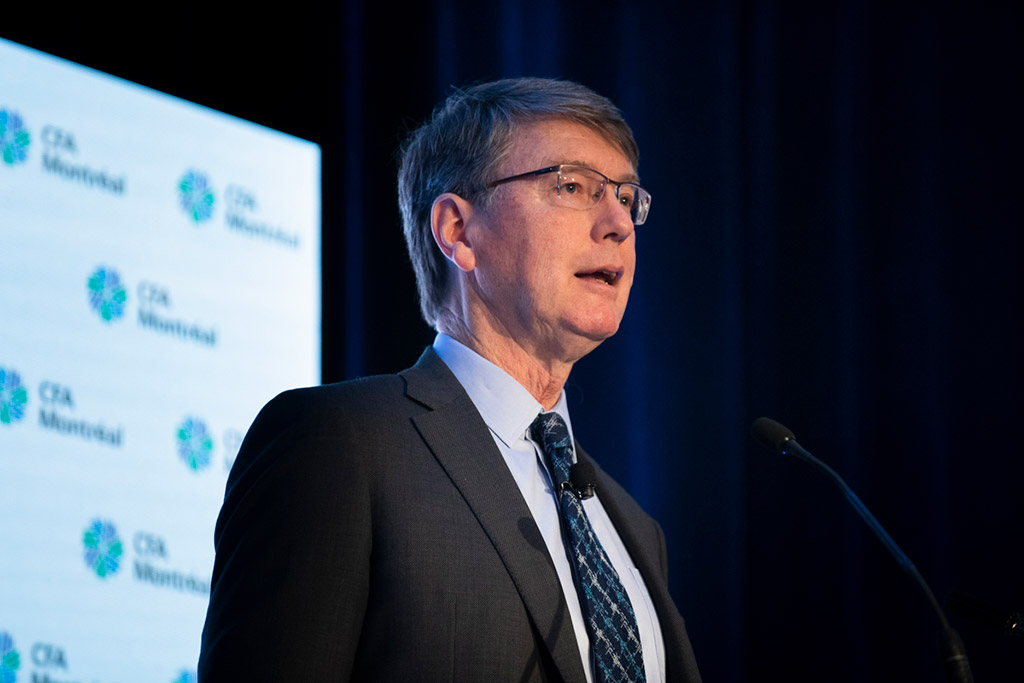 The Bank of Canada doesn’t see a need for its own digital currency right now, but on Tuesday, the country’s monetary authority said it’s going to start working on one, anyway, just in case.

In a speech at the CFA Montréal FinTech RDV 2020 conference, deputy governor Timothy Lane said the institution is working to figure out “what a potential [central bank digital currency, or CBDC] might look like and how it could be managed, if the decision were ever taken to issue one.” Such a move could be triggered by a future in which consumers are no longer able to make easy purchases with banknotes, or one where they begin to use foreign virtual coins—or ones issued by private companies—for many of their transactions.

In an extended interview Wednesday at the bank’s Ottawa headquarters, Lane detailed some of the design experiments it has conducted for the new token, and how the bank will try to protect people’s privacy while minimizing illegal activity.

The Bank of Canada won’t issue a digital currency right away, but it’s starting to work and consult on a coin it could roll out if and when policymakers decide there’s a need for one. In an extended interview with The Logic, deputy governor Timothy Lane detailed some of the design experiments the bank has conducted for the new token, explained how the bank will try to protect people’s privacy while minimizing illegal activity, and why it’s moving now from research to design and development.

You laid out the conditions under which the Bank of Canada would consider issuing a CBDC. I understand you’ve been working on research in this area for six-plus years. Why now?

We have a pretty solid body of research, and [there was] a sense that at some point, we have to come to a conclusion. In the end we decided we don’t really see a compelling case right now. There’s quite a lot of research out there that assumes that a CBDC would have certain attributes, but you actually have to build it. It does push us more toward looking at the specifics: what kind of needs would this be fulfilling? What kind of technological solution would actually address those needs? That’s been a part of our research all the way along, but it’s going to be more important as we go forward. A lot is going to also rely on what we hear from Canadians—[what] would they miss [about] cash if it turned out that the economy started to go more and more cashless? And is that something we could replicate with a digital version of cash?

We need to talk more to the banks [and] the other payments providers; to consumer representatives; [to] Indigenous communities, because we understand that banknotes account for a lot more of the payments in some of those remote areas.

What, to this point, do you know about how it works in practice? Is there a wallet consumers have to download?

We’ve done some preliminary experimentation with things like an app you could use on your cellphone, or a special card that could store value that somebody could have even if they don’t have a cellphone. To some extent, this would work a lot like other prepaid cards, except way more secure, usable for a much wider set of purposes and with the Bank of Canada standing behind it. There are some prototypes. One of the important questions is, would there be one form of user interface? Or would we create tokens [that] are digital forms of Canadian-dollar cash, but then rely on private-sector providers with the appropriate kind of vetting to actually develop the user interfaces?

A pretty early thing to consider is how do we want to partner with the private sector? Central banks are not known for developing brand-new things. We can do very well with things that already exist. We have a lot of private-sector involvement in the production and distribution of banknotes. The business-model question then has a bearing on what [it would] look like for the consumer if we have one or more tech companies that are thinking about these things; they could come up with something we haven’t thought of yet.

Can you put in place this contingency plan fast enough so that if the Facebook-led Libra digital currency launches, or an equivalent from some other tech company—or the People’s Bank of China (PBoC) issues one—they don’t end up causing the destabilization you’re concerned about?

That is an important question, and obviously time will tell. We don’t really have a particular timetable so much as the sense that we really need to be moving ahead deliberately on this. We can’t just wait for things to happen, because [then it’s] too late to actually build something that’s going to be viable.

If we did want to launch something, it would have to be extremely robust and well constructed. The major risk with any project of this nature is that if you’re under time pressure, you end up rushing something out that has some breakdown in the early phases. We all can easily think of examples of that.

Libra has made it a lot easier for us to convince people why we need to do this work. Certainly, when we were saying a couple of years ago, “These cryptocurrencies are pretty small, but the world can change very quickly and we need to be ready for something that could be disruptive,” some people said, “It’s just some fad.” But since last June, I think it’s been a lot easier to make that argument, and [it] has also stimulated more activity internationally and given us other people to partner with. That said, Facebook’s Libra thing [has] had a bit of a bumpy launch—it doesn’t exist [yet], and they’ve modified the design several times. It’s not usually the way central banks do things. We would like to do something and then stick with it. “Move fast and break things” is not really our business model; it is Facebook’s. We may have a little more time before [Libra] catches on, if it ever does.

And then the PBoC [is] evidently moving ahead, but the fact they have a very closed financial system may reduce the immediate attractiveness in Canada of those products.

I want to talk about the privacy side of this. In the paper you released yesterday, you said, “A CBDC could be designed to implement a form of privacy rather than cash-like anonymity, allowing it to satisfy anti-money laundering [and] anti-terrorist financing” rules.

Privacy is one of the things people like about banknotes, so you’d want to replicate as much of that as you can. There is a legitimate and legally safeguarded public interest in having privacy. But it can’t be complete [with digital currencies] like it is with bank notes, because you would then potentially be creating an unlimited and perfectly convenient vehicle for money laundering and terrorist financing. You need to have some kind of safeguards in place. We’ve been thinking about some possible ways of approaching that. One would be to have some kind of process where law enforcement with a proper warrant could investigate—just as if you’ve got a million dollars in banknotes in your freezer, they could come in and search if they have probable cause to think there’s a crime being committed.

Currently, we have limits on how much you can withdraw without the bank having to take special note of [it]. You could have something similar [for digital currency] that’s quantity-based. So you can transact completely anonymously for small amounts, but above a certain amount, you have to [record it]. We’re going to have some conversations with our law enforcement and the privacy people about [providing] a degree of privacy for legitimate purposes. If you’re handing over a $20 bill, nobody needs to know where it came from, how much more you’ve got in your bank account, [or] what your name or address is. [But] nobody would let us create something that could allow unlimited amounts of money to be moved around for illegal purposes. That’s obviously going to be a challenge, but I think it’s one that can be addressed with proper governance and technologies.

Given the increasing focus on data privacy, how do you convince the public? Even if you set limits, there’s some point at which there’s identifying information attached to these tokens. Do you think it’s possible to get over that hurdle?

I think it is possible, but it would require having some pretty thorough oversight by privacy officials. We’re a much more credible defender of privacy than, for example, big tech companies or banks. Banking, for centuries, has been an information-driven business. Banks know their customers, and they use [that] to sell them other products. That, of course, is very much the business model of the big tech companies. They have strong commercial motivations for harvesting and using people’s data. And they have the ability to share the data in ways that are commercially advantageous to them, whereas we have a mandate to comply with the interests of the public—and obviously, that would need to be reinforced with some sort of legally enforceable safeguards.