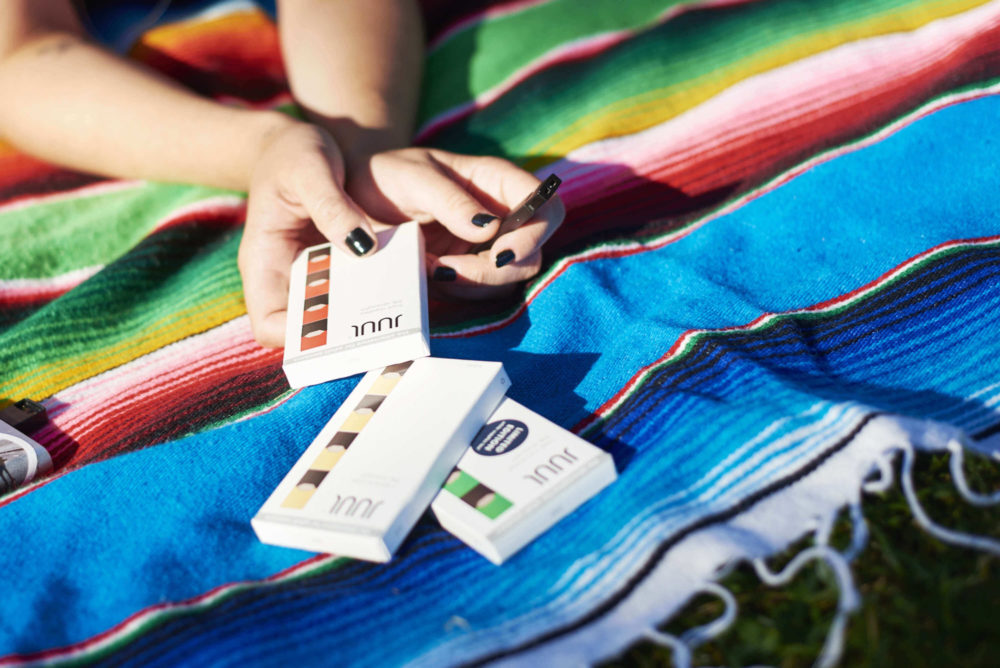 Juul Labs Canada will temporarily stop producing fruit-flavoured vaping pods, The Logic has learned. But the company will sell through its existing stock of the products, and will consider re-introducing them “under the guidance and regulation of Health Canada,” president Michael Nederhoff wrote in a letter to retailers and distributors.

The move comes as the federal government considers further restrictions on flavoured vape products amid growing concerns from health-care professionals and advocacy groups. Nederhoff’s letter, dated January 14, acknowledges these challenges, stating that Juul is interested in “resetting the vaping category, [and] earning the trust of society.” The production halt will take effect on Wednesday.

Juul Labs Canada is temporarily halting production of its mango, cucumber, fruit and vanilla pods, it informed distributors and retailers in a letter obtained by The Logic. Health Canada is currently considering further restrictions on flavours; the company said its move is meant to restore public trust pending a government decision.

The flavours affected are mango, cucumber, fruit and vanilla, in each of three nicotine-strength varieties. The company is not recalling products that are already on shelves, and will sell its existing stock through distributors and retailers. It will also continue to sell mint-flavoured pods and two tobacco-flavoured varieties in convenience and specialty tobacco stores, as well as online through its website outside Quebec.

Juul’s Canadian operation gets its pods from its U.S. parent company, so the decision effectively means it will stop importing the four flavours. Juul Canada declined to answer questions about the value or volume of its remaining stock of the four flavours, but a company source, who requested anonymity because the firm was still notifying commercial partners of its plans, said it has “a couple of months’ worth of inventory.”

Opponents like the Canadian Paediatric Society (CPS), the Canadian Lung Association and the Heart & Stroke Foundation of Canada have called for restrictions or full bans on flavoured vaping products, which they claim appeal to youth. Nova Scotia is instituting such a prohibition in April; British Columbia and Ontario are also considering bans. Juul Canada “maintain[s] that flavours can play an important role in helping transition adult smokers away from cigarettes,” said Lisa Hutniak, director of communications, in a statement to The Logic.

Research firm Euromonitor International estimated vaping products sales totalled US$19.3 billion in 2018, with Canada accounting for less than US$1 billion. Juul is the dominant player in North America; in July 2019, Nederhoff said the company had a 78 per cent share of the Canadian market. As criticism of vaping has mounted, though, the company has faced challenges. In October, tobacco company Altria wrote down the value of its 35 per cent stake in Juul by US$4.5 billion; the following month, Juul announced it would lay off 650 people while reducing expenses by US$1 billion. The company source told The Logic the retrenchment at the U.S. company has had “no serious impact to Canadian operations.”

The firm’s decision follows the parent company’s withdrawal of all flavoured products from the U.S. market over the last two years. In November 2018, Juul stopped selling mango, cucumber and fruit pods—as well as creme, which was not made available in Canada—in U.S. brick-and-mortar locations. It stopped selling them online the following year. Both moves came amid reports the U.S. Food and Drug Administration (FDA) was considering flavour bans; the Trump administration eventually implemented one earlier this month.

Canadian regulators have taken a different approach to flavoured vapes. Health Canada has prohibited cartridges that taste like candy, desserts, soft drinks or energy drinks since shortly after the May 2018 passage of the Tobacco and Vaping Products Act, which legalized nicotine vaping products and e-cigarettes, but fruit and vanilla flavours are allowed.

Neederhoff’s letter states that Health Canada has “supported the role of flavours,” citing a November 2018 statement that they “help make vaping liquids palatable to adult smokers seeking a less harmful alternative to tobacco.”

Juul Canada is waiting to see what the department decides, according to a company source. “The last time they made comments publicly on flavours was last year, and we haven’t heard anything since,” the source said, noting that the firm expects something “fairly soon.” They said the company has informed Health Canada and Health Minister Patty Hajdu’s office about the halt on production.

Health Canada is still considering the results of its April consultations, said spokesperson Maryse Durette, adding that “additional measures with respect to reducing nicotine concentration limits and additional flavour restrictions are being examined.” She directed questions about Juul Canada’s decision to the company.

Many e-cigarette users buy flavoured cartridges. A February 2018 research review commissioned by Public Health England—where authorities are more accepting of vaping as a smoking cessation strategy—found that fruit was the most popular, followed by tobacco and mint.

In addition to potential new federal and provincial regulations, the vaping sector faces a significant public opinion challenge. In a December 2019 poll from the Angus Reid Institute, 56 per cent of respondents disagreed that switching from cigarette smoking to vaping was good for a person’s health, compared to 46 per cent who had backed making the change a year earlier. Three-fifths of survey takers supported a complete flavour ban. The source said Juul Canada sees Wednesday’s move as a “trust-building exercise” in the face of those image challenges.

Over the last year, several people have been hospitalized with vaping-related respiratory illnesses in the U.S. and Canada. The U.S. Centers for Disease Control and Prevention has said vitamin E acetate, which is an additive in many vaping products that contain THC, the active ingredient in cannabis, is “closely associated” with the condition.

Juul does not make THC pods, but has faced criticism from the FDA, and is being sued by attorneys general in several states over its marketing practices. The increased regulatory scrutiny led to major changes at the company. In September 2019, Juul announced as its new CEO K.C. Crosthwaite, until then an Altria executive. It also said it would not lobby the FDA or the White House on the administration’s planned flavour regulations.

Juul Canada does not plan to stop lobbying governments in this country, the company source said.

This article has been updated with comment from Health Canada. The U.S. is cracking down on vaping. Will Canada follow suit?